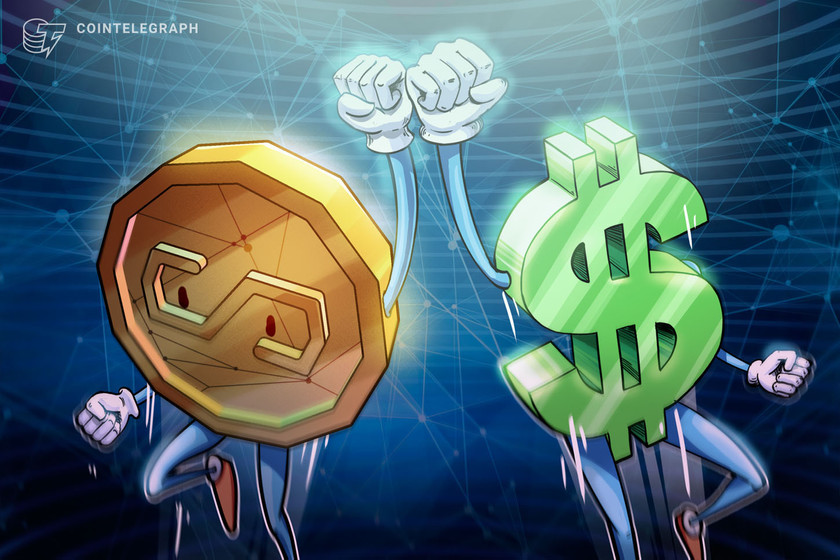 Institutions in Bermuda will soon be able to trade real-time settlements using a stablecoin with a 1:1 ratio with the United States dollar, Jewel Bank’s founder and chairman Chance Barnett told Cointelegraph.

Called Jewel USD (JUSD), the first stablecoin to be released in the territory is powered by the Polygon blockchain, enabling transactions between wallets available to institutional clients. In the future, the bank plans to use the Polygon ecosystem for commercial and retail stablecoin-based payment solutions, including transactions between institutions, businesses, and payments between individuals.

“The need for a USD real time settlement network outside of the US is significant for both fintechs and digital asset firms, so we’re filling a large gap in the market. The US has solutions like Signature Signet for real time settlement, and now Jewel Bank is providing a Bermuda-based non-US solution for the industry, and the response by clients in signing up prior to launch has been significant.”, noted Barnett.

On the Polygon blockchain, 25 stablecoins are currently traded, including a synthetic Euro token, a Yen-pegged Japanese stablecoin, and a South African stablecoin pegged 1:1 with the South African Rand (ZAR).

Although an official launch date has not been set, the bank said it should happen within the next few months. According to the Jewel, the stablecoin operations and its reserves will be subject to bank-level audits and regulatory oversight, with updates on a monthly and quarterly basis.

“The stablecoin is directly issued by the bank, not a lesser regulated entity that doesn’t directly hold USD fiat deposits/reserves the way a bank can. This reduces risks for stablecoin holders.”, commented the executive about the risk management measures taken to issue the stablecoin. Barnett also stated:

“JUSD transactions will only be possible between permissioned clients/wallets, eliminating the ability for bad actors to use these assets for any unsanctioned activity. Jewel may seek to open up its stablecoin to non-clients in the future.”

Bermuda has been working to keep its relevance as a financial jurisdiction by supporting digital assets business. In 2020, the territory announced a partnership with stablecoin platform Stablehouse to roll out a pilot program for a digital “stimulus” token, targeting both residents and merchants within the islands.

Bermuda Monetary Authority (BMA) granted 14 licenses for crypto firms to operate on the British island territory as of June 2022, with four of those issued in 2022, Cointelegraph reported.